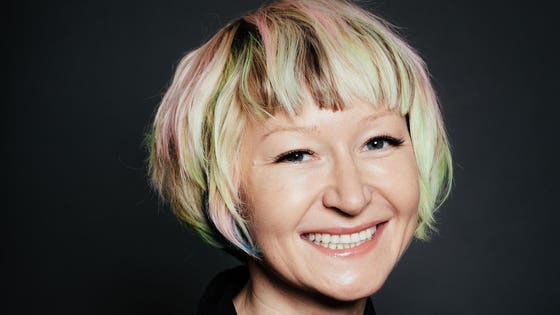 Or perhaps it would be more precise to say that everyone has the right to raise capital and everyone has the right to invest. Launched in 2016, Neufund was created to meet the needs of businesses that find themselves outside the investment criteria of  VCs and who also might struggle to raise debt finance. On the other side of the coin, the platform is also designed to attract retail investors who can commit as little as 10 euro. “We have built a platform that is global, retail and for everyone,” adds Adamonvicz.

And in September, the company launched a “legally compliant” blockchain IPO on behalf of Greyp, an electric bike company backed by  Porsche, Camel Group and T-Mobile. Trading under MFID rules ( as opposed to anything specific to the blockchain) it is licensed in Lichtenstein and Germany, but (with some exceptions) can offer investment and fundraising opportunities internationally.

So what does this mean in practice? Well, you could argue that in terms of opening out investment, we’ve been here before. Back in 2011 when the concept of equity crowdfunding became a reality in the U.K. with the launch of the Crowdcube platform, the founders heralded a new era of investment that would be open not only to those deemed “sophisticated” by regulators but also to an army of new investors, fired up by television shows such as Dragons’ Den (Britain’s Shark Tank) and ready to commit relatively small amounts of cash.  Equity crowdfunding is now relatively commonplace around the world, depending on domestic regulation.

Neufund is picking up that concept and running with it in the age of the blockchain token. And as Adamovicz sees it, a blockchain-based system has advantages over the equity crowdfunding model. “With equity crowdfunding, there isn’t a secondary market,” she says. “Tokens are can be traded.”

But first things first – what is Neufund offering to companies that might consider raising capital on its platform? After all, there are other sources of cash. Well, according to Adamovicz, it is creating opportunities for businesses that VCs would pass on, even if they have the capacity to grow fast enough to deliver worthwhile returns to investors.

“VCs are looking for unicorns,” she says. “They will invest in ten companies. Nine will fail but the tenth will be a unicorn. There are companies that will grow 20 percent in a year. That wouldn’t attract VCs but they still represent a good investment.”

Thus, Adamovicz sees Neufund as a platform that will enable SMEs – such as those that make up Germany’s much-celebrated “Mittelstand” category – to access a new source of finance. Equally important, she adds, the platform will make it possible for companies operating away from major VC hubs, such as London and Berlin, to pitch to a community of investors. “It’s difficult to attract the attention of VCs when you are separated from them geographically,” she says. “Here in Germany, it could be tough to raise, cash even in a city such as Stuttgart.”

Meanwhile, investors are offered a relatively simple sign-up process and the opportunity to invest small sums as well as large. But while an investment can indeed be as low as 10 euro, companies can raising finance can stipulate a larger minimum.

Adamovicz says that at least some of those investors are likely to be customers and this, she believes, could be a game-changer in terms of the way that businesses relate to their stakeholders.

“Imagine if you are Facebook,” she speculates. “As things stand, a lot is driven by shareholder value. Decisions – such as how data is used – are taken against that background. Imagine, then if a company like Facebook was owned by its customers holding tokens. The decisions about how data is used could be very different.”

As is the case with many blockchain-based funds, it’s early day for Neufund. The company carried out its first fundraising campaign – completing at 3.5 million euros – in 2018 and following the Greyp IPO there more coming down the track. “We have a good pipeline of companies and about 7,000 investors,” says Adamovicz.

Will Neufund -  or indeed any of the blockchain investment funds and platforms that are launching – change the game in the longer term? That remains to be seen. In the shorter term, there are more opportunities for investors and companies seeking to raise cash – albeit in a new and unfamiliar financial environment.