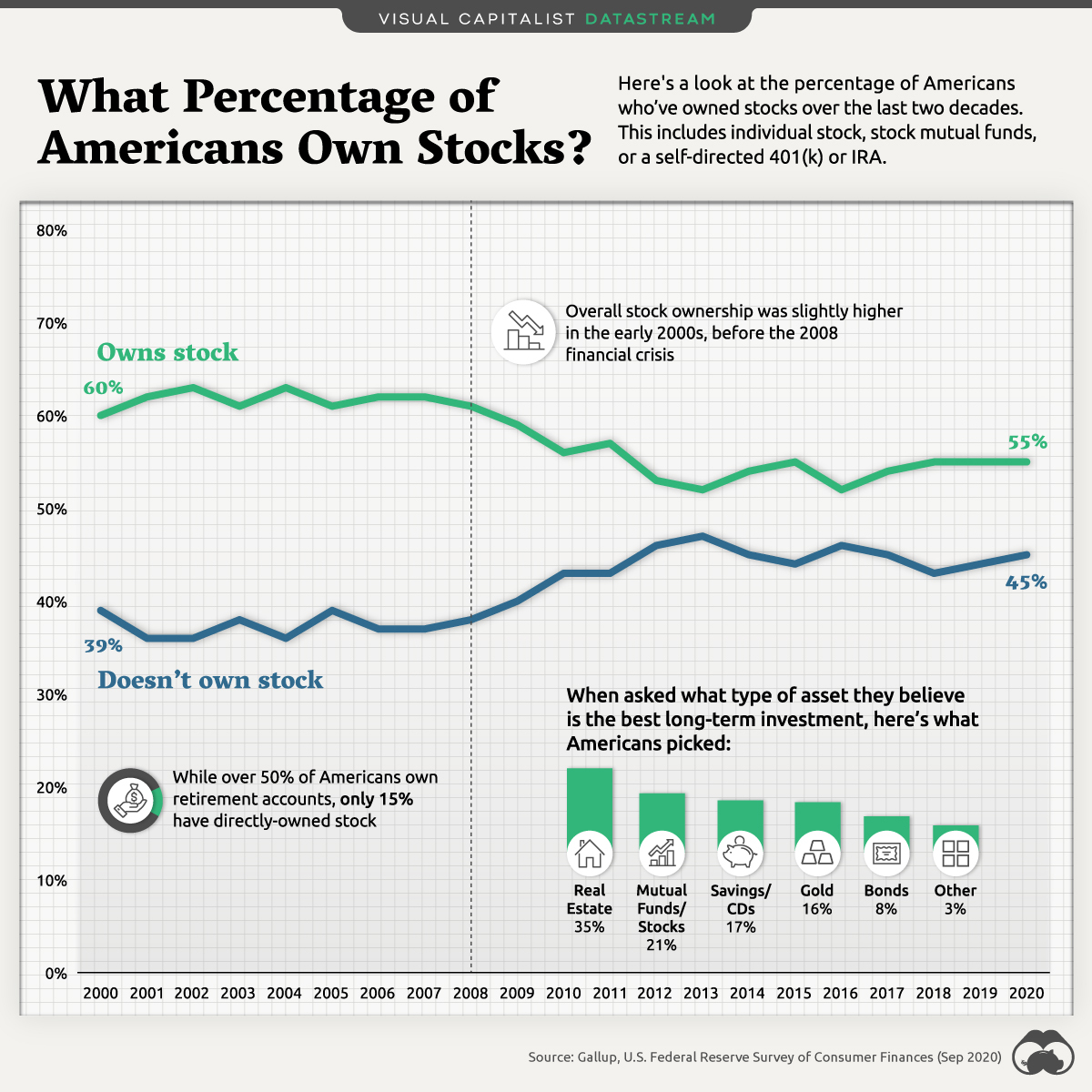 How Many Americans Own Stocks?

2020 was an exceptionally volatile year for the stock market. But how many Americans were directly impacted by last year’s market highs and lows?

In other words, how many Americans own stocks as a part of their investment portfolios?

Stock ownership in the U.S. has dipped over the last two decades.

In a survey by Gallup, about 55% of Americans claimed to own some form of stock in 2020—either an individual stock, a stock mutual fund, or in a self-directed 401(k) or IRA. This is a significant decrease from 2000, when 60% of Americans owned stock:

While more than half the U.S. population owns some form of stock, ownership is concentrated among higher-income groups.

There was also a strong correlation between formal education and stock ownership. In 2020, 85% of Americans who owned stock had a postgraduate degree, compared to 33% who had no formal post-secondary education.

»Interested in the stock market but not sure where to begin? You might enjoy this article, Stock Market Basics: How Do Investors Choose Stocks?

Source: Gallup
Details: Survey results are based on combined data from telephone interviews conducted March 13-22, 2020, and April 1-14, 2020. The data represents a random sample of 2,027 adults, aged 18 and older, living in all 50 U.S. states and the District of Columbia

The post In One Chart: Two Decades of Stock Ownership in America appeared first on Visual Capitalist.