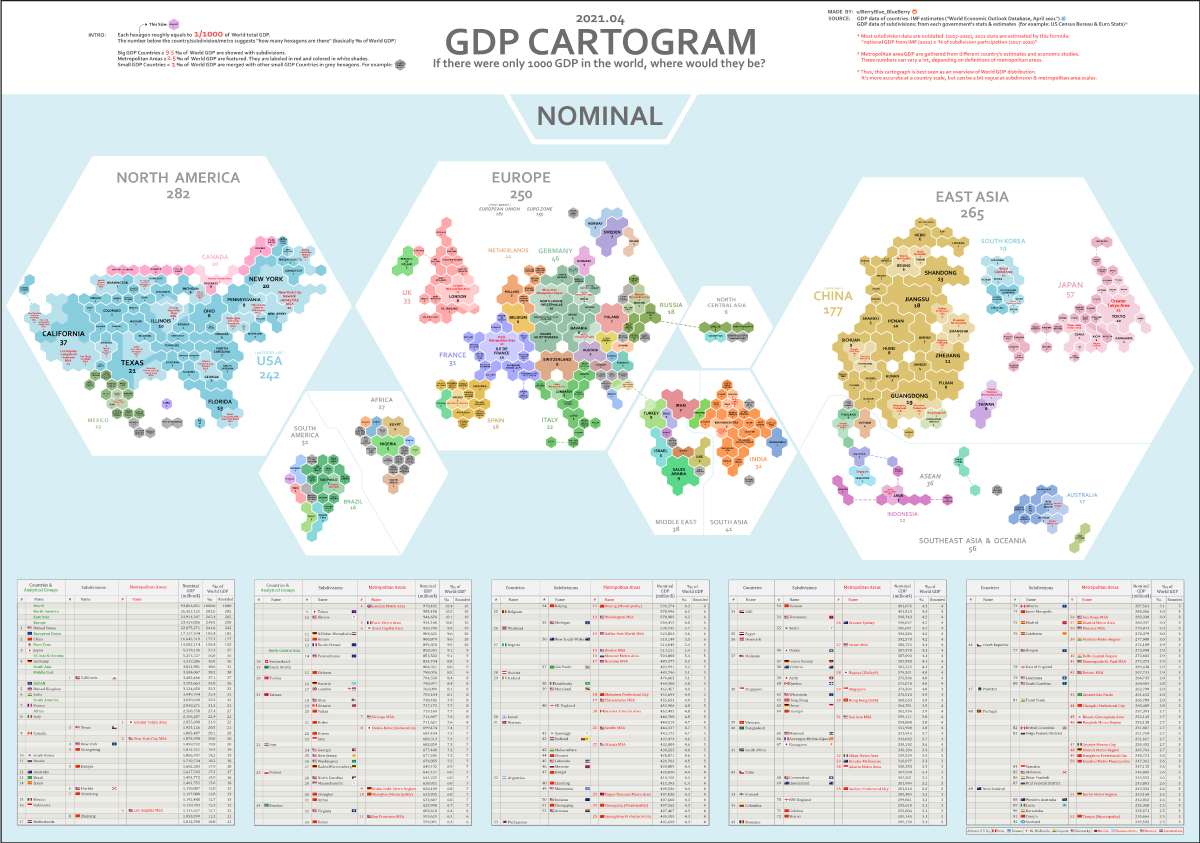 Mapped: The Distribution of Global GDP by Region

Gross domestic product (GDP) measures the value of goods and services that an economy produces in a given year, but in a global context, it is typically shown using country-level data.

As a result, we don’t often get to see the nuances of the global economy, such as how much specific regions and metro areas contribute to global GDP.

In these cartograms, global GDP has been normalized to a base number of 1,000 in order to show a more regional breakdown of economic activity. Created by Reddit user /BerryBlue_Blueberry, the two maps show the distribution in different ways: by nominal GDP and by GDP adjusted for purchasing power parity (PPP).

Before diving in, let us give you some context on how these maps were designed. Each hexagon on the two maps represents 0.1% of the world’s overall GDP.

The number below each region, country or metropolitan area represents the number of hexagons covered by that entity. So in the nominal GDP map, the state of New York represents 20 hexagons (i.e. 2.0% of global GDP), while Munich’s metro area is 3 hexagons (0.3%).

The above map is using nominal data, while the below map accounts for differences in purchasing power (PPP). 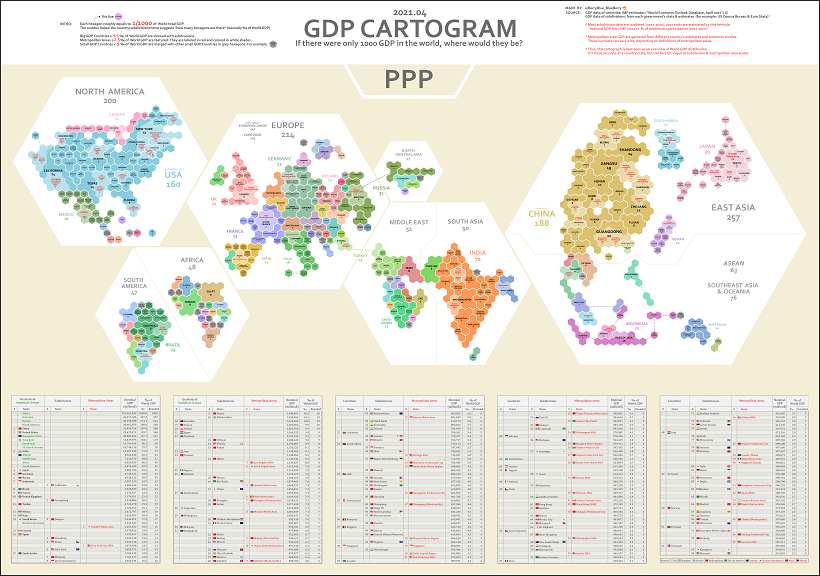 Adjusting for PPP takes into account the relative value of currencies and purchasing power in countries around the world. For example, $100 (or its exchange equivalent in Indian rupees) is generally going to be able to buy more in India than it is in the United States.

This is because goods and services are cheaper in India, meaning you can actually purchase more there for the same amount of money.

Breaking down global GDP distribution into cartograms highlights some interesting anomalies worth considering:

The fact that certain countries generate most of the world’s economic output is reflected in the above cartograms, which resize countries or regions accordingly.

Compared to wealthier nations, emerging economies still account for just a tiny sliver of the pie.

India, for example, accounts for 3.2% of global GDP in nominal terms, even though it contains 17.8% of the world’s population.

That’s why on the nominal map, India is about the same size as France, the United Kingdom, or Japan’s two largest metro areas (Tokyo and Osaka-Kobe)—but of course, these wealthier places have a far higher GDP per capita.