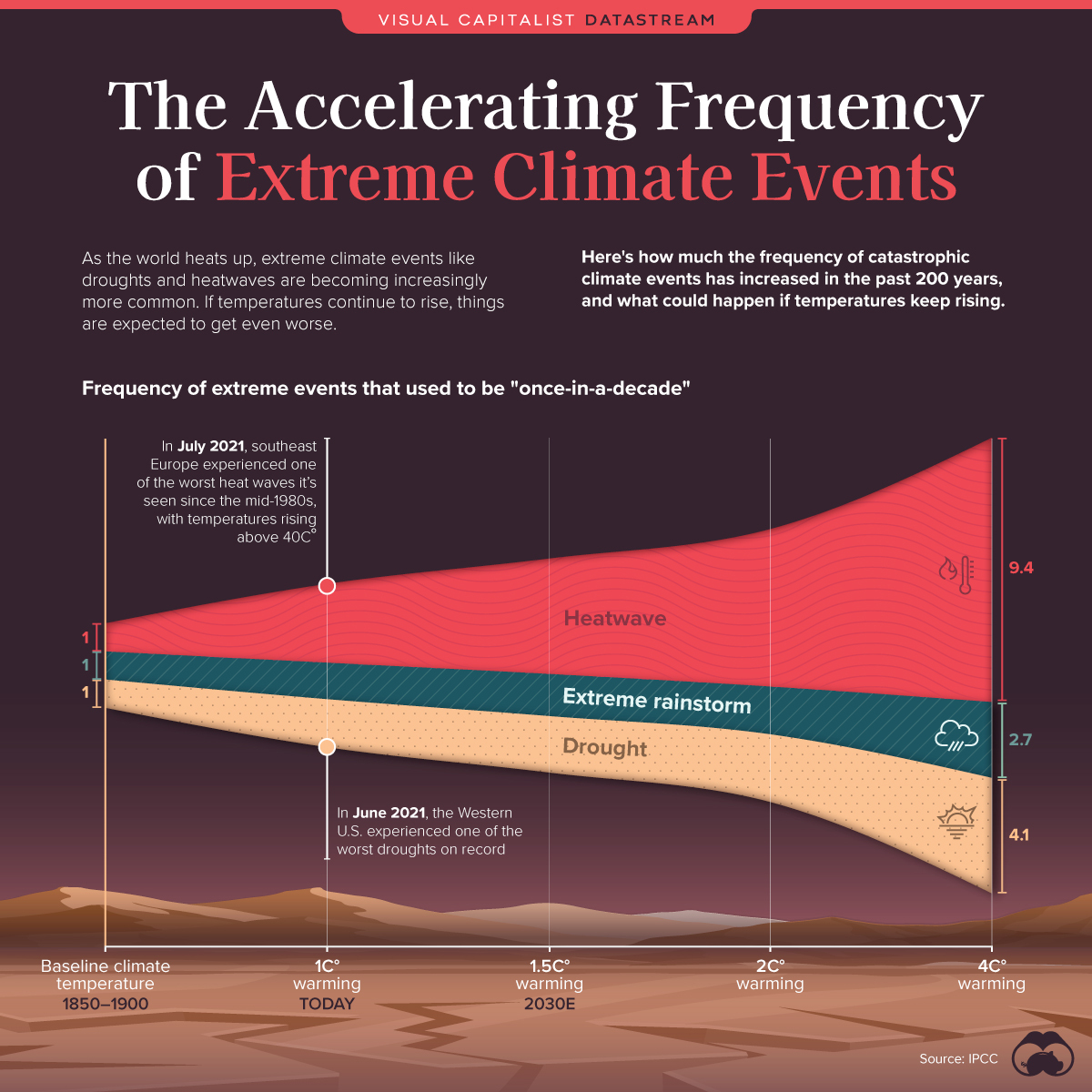 The Accelerating Frequency of Extreme Weather

The world is already witnessing the effects of climate change.

A few months ago, the western U.S. experienced one of the worst droughts it’s seen in the last 20 years. At the same time, southern Europe roasted in an extreme heatwave, with temperatures reaching 45°C in some parts.

But things are only expected to get worse in the near future. Here’s a look at how much extreme climate events have changed over the last 200 years, and what’s to come if global temperatures keep rising.

A Century of Warming

The global surface temperature has increased by about 1°C since the 1850s. And according to the IPCC, this warming has been indisputably caused by human influence.

As the global temperatures have risen, the frequency of extreme weather events have increased along with it. Heatwaves, droughts and extreme rainstorms used to happen once in a decade on average, but now:

By 2030, the global surface temperature is expected to rise 1.5°C above the Earth’s baseline temperature, which means that:

The Ripple Effects of Extreme Weather

Extreme weather events have far-reaching impacts on communities, especially when they cause critical system failures.

Mass infrastructure breakdowns during Hurricane Ida this year caused widespread power outages in the state of Louisiana that lasted for several days. In 2020, wildfires in Syria devastated hundreds of villages and injured dozens of civilians with skin burns and breathing complications.

As extreme weather events continue to increase in frequency, and communities become increasingly more at risk, sound infrastructure is becoming more important than ever.

Source: IPCC
Details: The data used in this graphic is from the IPCC’s Sixth Assessment Report, which provides a high-level summary of the state of the climate, how it’s changing, and the role of human influence.

The post The Accelerating Frequency of Extreme Weather appeared first on Visual Capitalist.