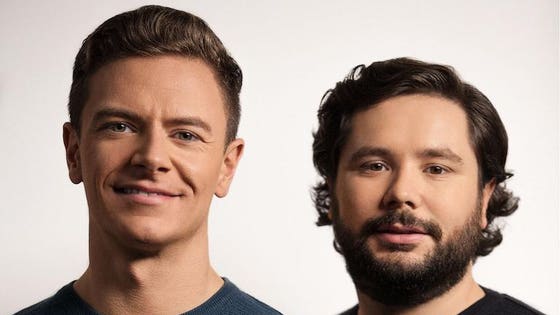 A growing demand for more ethical investments, particularly among millennials, led two entrepreneurs to create tickr; a new social investment app that enables people to back globally-listed businesses that are committed to making positive social change.

They can put their money into specific companies spanning four separate themes, climate change, equality, disruptive technology, or a combination of the three.

The business was launched earlier this year by Tom McGillycuddy and Matt Latham, who’d both worked in investment management and had both come to view the finance sector as largely inefficient, and earning revenue and profit indiscriminately, with no real thought about where the money came from, nor the impact of it.

The pair had first met in 2011 when McGillycuddy joined the Barclays graduate training scheme. Being the only two northern graduates on the program – McGillycuddy hails from Wigan: Latham from Liverpool – they quickly forged a close friendship.

They were also the first people in their respective families to go to university, get jobs in finance, and move to London, and admit to initially feeling like outsiders who were trailing behind their peers.

McGillycuddy says: “Within a few years, however, we felt as though we’d been let behind the curtain and shown how the finance industry works, only to realize that it was charging extortionate fees to unsuspecting customers, and had been designed to confuse ordinary people like us.”

The pair mulled over ways to change things for the better and came up with an idea and the basic principles behind tickr, however, it would take them several years to learn about the industry in enough detail to create a workable solution.

McGillycuddy’s interest in investing came from simply wanting to know how the world works. “The finance industry encompasses economics, politics, behavioral science, and psychology, and that fascinated me,” he says. “In a capitalist system, understanding capital markets and the flow of money is parallel to understanding the world. And if you understand it, then you can change it.”

But it wasn’t until McGillycuddy left Barclays to join Wellington Management in 2014, where, surrounded by some of the world leaders in their field, he learned about investing in a granular way.

He says: “If we could channel all this knowledge and money into companies and people doing good stuff for the world, we could change the world in the process. This led me to impact investing: investing in companies to earn money and have a positive impact on the planet.”

In 2016, alongside full time investment management jobs, they started working on the idea that would eventually become tickr, to bring impact investing to the masses, especially to those new to investing.

They created a series of themed portfolios that address impact causes, climate change, equality, and disruptive technology, within which are hundreds of established global businesses that address the themes, typically through their revenue. The climate change theme, for example, includes renewable energy businesses whose revenue comes from things like building wind farms.

“Revenue is the best way to determine an impact company, as they are selling the thing that has the positive impact, and it’s the cleanest thing to measure,” says McGillycuddy. “We use this data to create our themes, and then our users get to choose which theme they like the most, at a risk level they feel comfortable with.”

Initially, the business was self-funded, but as they got closer to launch the founders secured £860,000 ($1 million) in seed funding from some key figures in the investment management industry, including senior people at the organizations they had worked for.

The app was launched in January this year with just a handful of users made up of family and friends. Today tickr is being used by tens of thousands of people, investing on average £120 ($147) each month. Forty percent are female, 50% have never invested before, and their average age is 31.

“We’ve managed to prove that millennials want to invest and have the money to do it, which very few people thought we could do,” says McGillycuddy.

To date, tickr has raised £2.5 million ($3 million) in external funding, including more than £1 million from a Seedrs crowdfunding campaign, while the team has grown from three people to 14, with offices in London and Liverpool. The company is on course to exceed £1 million in revenue in 2020.

“Our goal is for tickr to be the most convenient way for anyone to have a positive impact on the world,” says McGillycuddy. “The tickr app as you see it today, aligning your investments with companies addressing big problems, is just the beginning. Finances should be stacked in favor of the user, and benefit the planet, and we will shake up the industry with these two things in mind.”

They plan to strengthen the team, scale their user base in the UK and Europe, and lay the groundwork for innovation in the European funds market and within the tickr business model.

“We believe that within the next five to 10 years impact investing will just be called investing,” says McGillycuddy. “Our generation is starting to invest more and will have more money. This structural shift in consumer attitudes and the change in whose hands the money is in will transform financial services and make it unrecognizable within the next five years.”