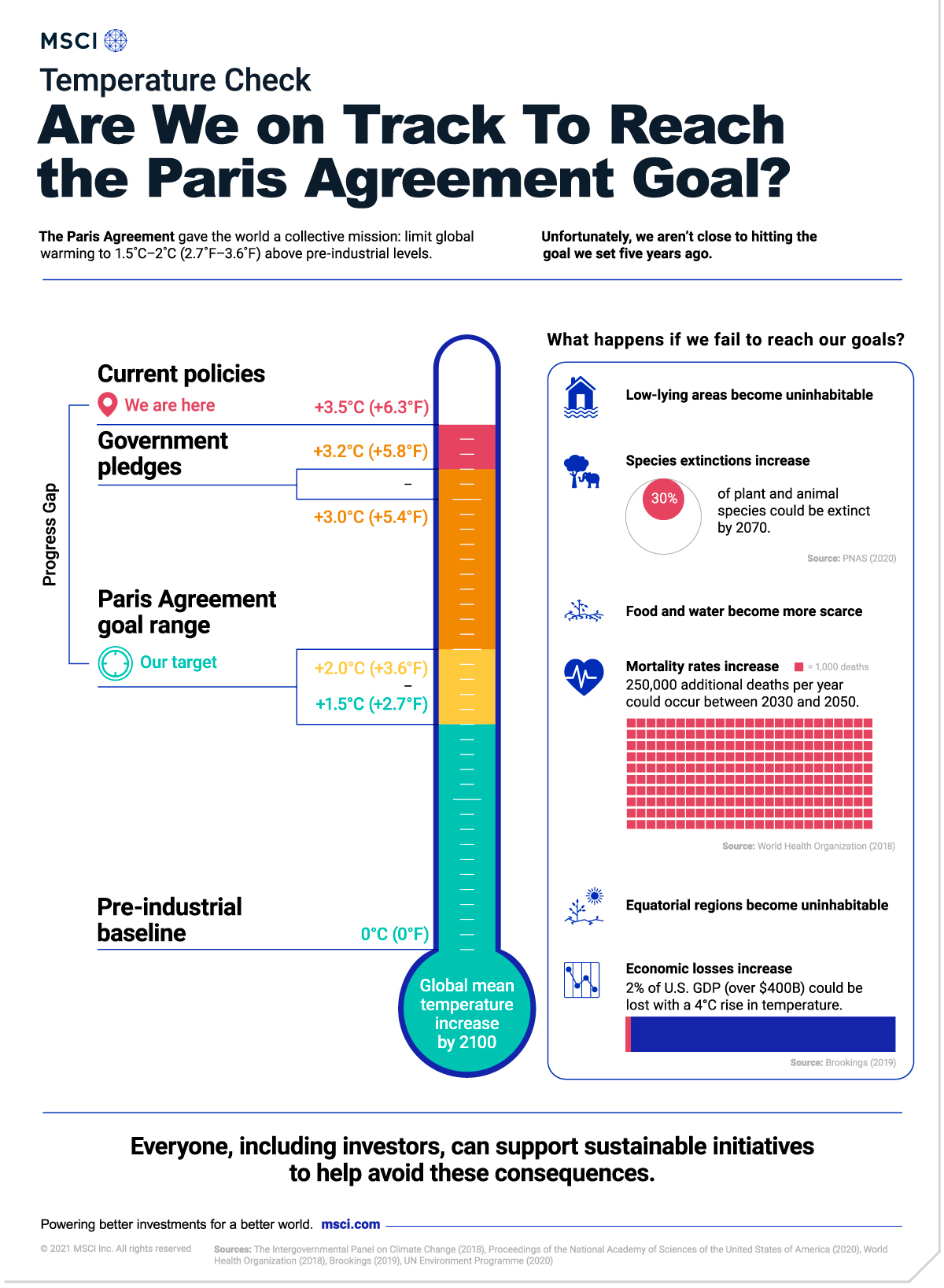 When the Paris Agreement came into force in 2016, it was considered by many to be a step forward in the world’s climate action plan. In the five years that have followed, more and more countries have established carbon neutrality targets.

Has it been enough to keep us on track? This graphic from MSCI shows where we are in relation to the Paris Agreement goal, and what may happen if we fail to reach it.

What is the Paris Agreement?

A total of 191 countries have solidified their support with formal approval.

To date, signing nations are not close to hitting the goal set five years ago.

Based on policies currently in effect, we are on track for 3.5 degrees Celsius global warming by 2100—far beyond the maximum warming goal of 2 degrees. Even if we take government pledges into account, which is the amount by which countries intend to reduce their emissions, we are still far from achieving the Paris Agreement goal.

What about the impact of reduced emissions due to COVID-19 lockdowns? The temporary dip is expected to translate into an insignificant 0.01 degree Celsius reduction of global warming by 2050. Without significant policy action that pursues a more sustainable recovery, the UN Environment Programme projects that we will continue on a dangerous trajectory.

“The pandemic is a warning that we must urgently shift from our destructive development path, which is driving the three planetary crises of climate change, nature loss and pollution.”
—Inger Andersen, Executive Director, United Nations Environment Programme

The World Economic Forum agrees with this viewpoint, and identified climate action failure as one of the most likely and impactful risks of 2021.

If we fall short of the climate action plan, our planet may see numerous negative effects.

What steps can we take to reduce these risks?

Everyone, including investors, can support green initiatives to help avoid these consequences. For example, investors may consider company ESG ratings when building a portfolio, and invest in businesses that are contributing to a more sustainable future.

The post The Paris Agreement: Is The World’s Climate Action Plan on Track? appeared first on Visual Capitalist.