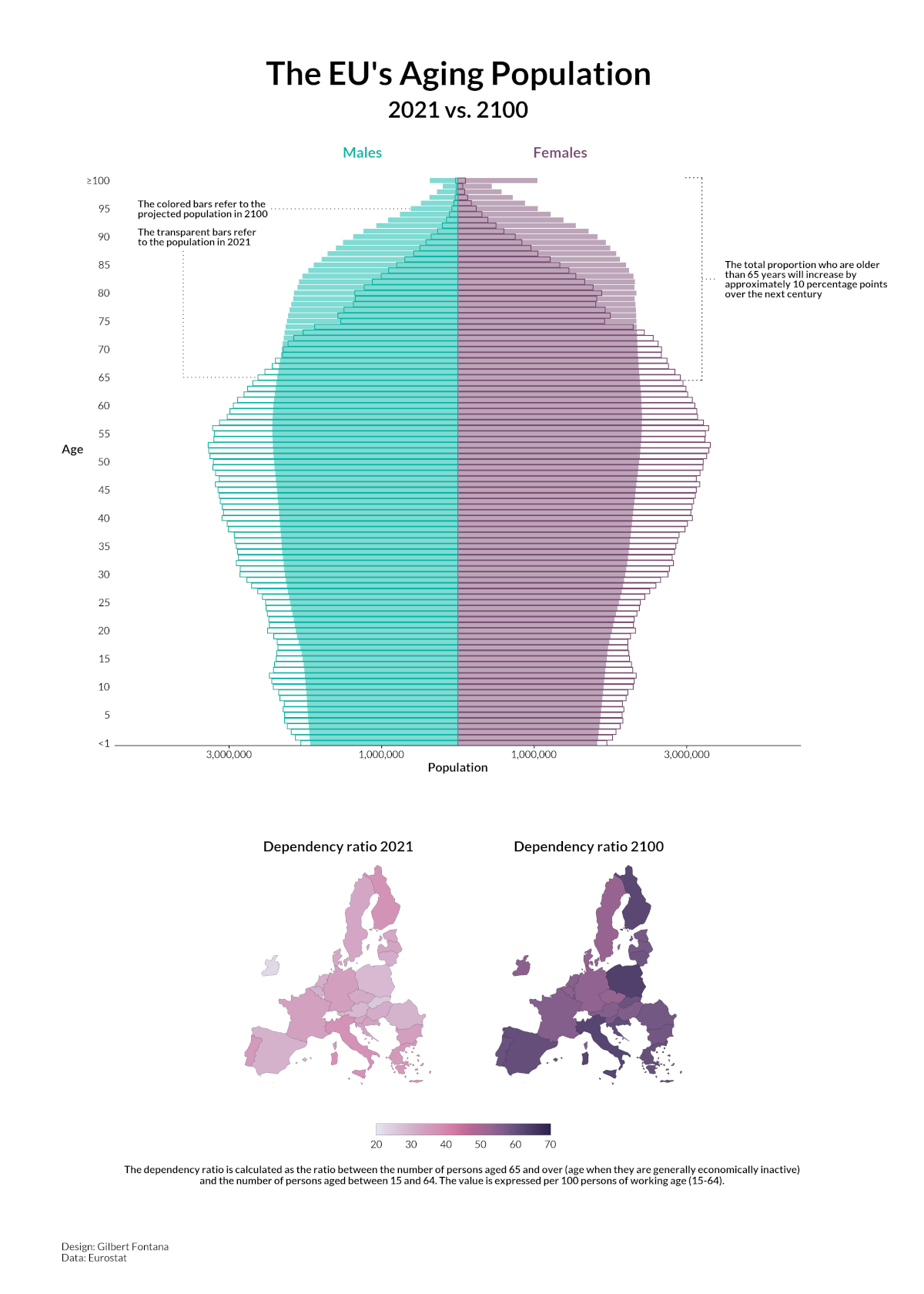 View a higher resolution version of this map.

View a higher resolution version of this map.

Many countries and regions are expected to see rapidly aging demographics, and the EU is a notable example. By the end of the century, more than 30% of the region’s population is expected to be 65 or older.

This graphic by Gilbert Fontana uses data from Eurostat to show how the EU’s population is projected to change by 2100. In the article below, we explain how this shift could have a dire impact on the region’s economic growth.

The graphic highlights the old-age dependency ratio, which measures the ratio of people 65 and above, and generally retired or needing supplemental income, compared to the number of people that are working age (15-64).

But what’s the real-life impact of this?

The Impact of the EU’s Aging Population

Typically, the retirement age population is not working and relies on pensions to support themselves financially. Therefore, the bigger the elderly population, the more pressure put on a country’s social safety net.

As the population ages, taxes may rise to help cover those inflating costs. And a decrease in a region’s working-age population can also have a significant impact on innovation and experience in the overall workforce.

For example, Japan’s population is also aging rapidly. According to the IMF, this could slow down the country’s annual GDP growth by 1 percentage point in the next 30 years.

Main Causes of An Aging Population

Japan and the EU aren’t the only places in the world that are seeing their population get older—the entire global population is aging.

According to the World Health Organization, one in six people worldwide will be 60 years old or older by 2030. This is happening for two main reasons:

To help mitigate the risks that come from aging populations, governments need to ensure their pension systems are adequate and adjusted to account for increasing life expectancies and growing elderly populations.