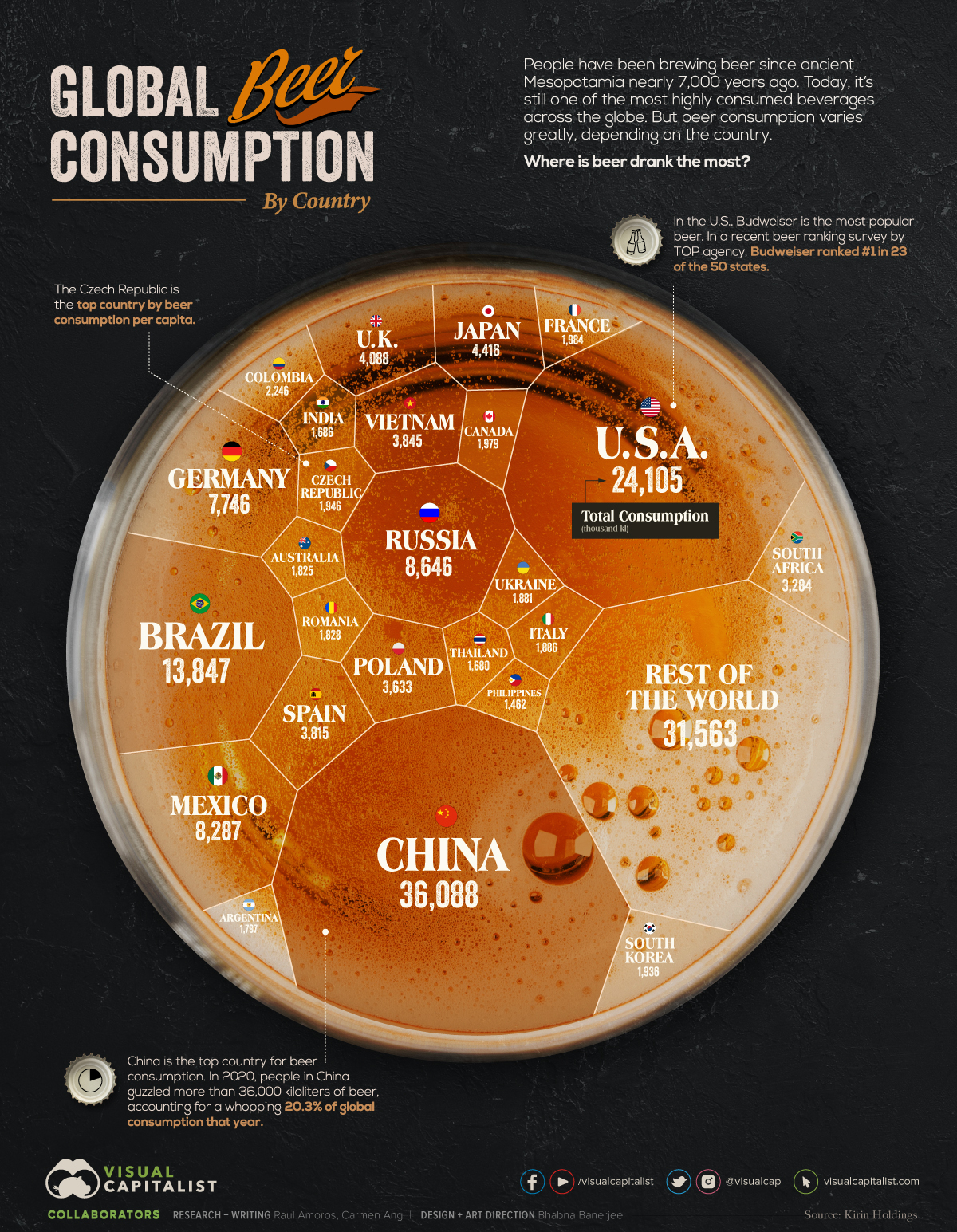 Visualizing Which Countries Drink the Most Beer

Humans have been drinking beer for thousands of years—and since it’s still one of the most popular beverages worldwide, it seems we haven’t gotten sick of it yet. The latest available data shows that beer consumption exceeded 177 million kiloliters around the world in 2020.

Beer consumption occurs all over the world, but the amount varies greatly depending on the location. So, which countries drink the most beer?

Which Countries Drink the Most Beer?

When it comes to total beer consumption, China ranks number one.

In 2020, the country’s consumption reached 36 million kiloliters—that’s enough beer to fill more than 14,000 Olympic-sized pools. The country accounts for a whopping one-fifth of total beer consumption worldwide. Archaeological evidence also suggests that China has a beer producing history that goes back thousands of years.

Here’s a look at the top 25 countries for beer consumption, and their global market share:

China is the most populous country in the world, accounting for about 18% of the global population. Of course, a large population doesn’t necessarily translate to high beer consumption at the individual level. For instance, India, which has the second highest population in the world, ranks 23rd on the list for beer consumption, and only accounts for 1% of what foamy liquid gets guzzled down each year.

The U.S. comes second on the list, with more than 24 million kiloliters of beer consumed throughout the country in 2020. Americans don’t just drink a lot of beer—they brew a lot of beer, too. The U.S. is the second-largest beer producer worldwide (after China). 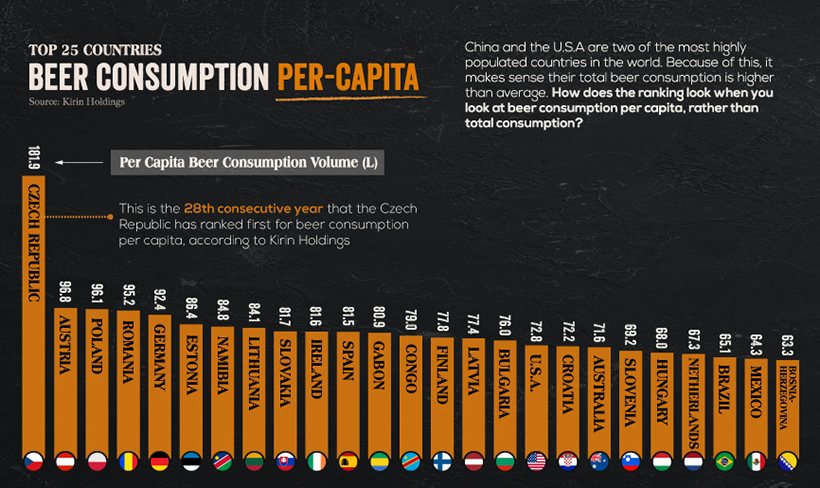 The Czech Republic is well-known for inexpensive beer. Some travel sites even claim that, in certain parts of the country, beer can be cheaper than bottled water.

While consumption levels vary across the world, beer is an integral part of many countries’ cultures. In fact, the beverage is so popular, that it’s been given its own day. International Beer Day is celebrated on the first Friday of every August in over 200 cities across the globe.

The post Visualizing Which Countries Drink the Most Beer appeared first on Visual Capitalist.