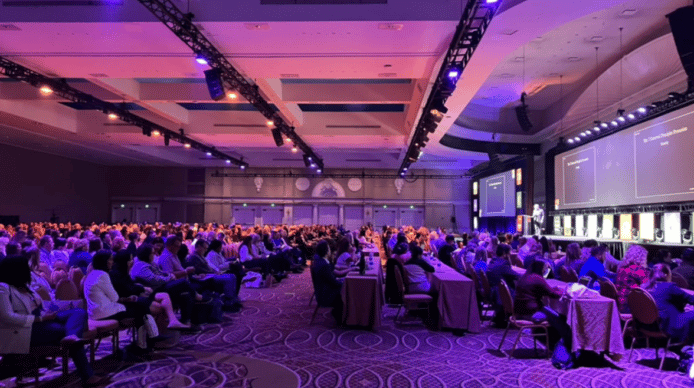 Cloud practice management is maturing and Clio is poised to reap the benefits—but so is everyone else. How do they stay ahead of the curve in a competitive market flush with investment?

When I first heard about the Clio Legal Trends Report and the Clio Cloud Conference, I was in a CLE in Nashville around 2013. We weren’t talking about client portals, or business text messaging or integrating our client intake with our matter management. And we certainly weren’t talking about kanban boards or digitally tracking our service of process. It was simply, what is the cloud? And is it safe?

A lot has changed since then. According to the most recent Legal Trends Report, lawyers cite work/life balance as one of the major factors for leaving a job. It’s even on par with increased pay. And, according to Clio’s Lawyer-in-Residence, Joshua Lenon, this is a huge shift from 2019 in how lawyers want to work.

No longer do service providers need to convince attorneys of the benefits of remote, cloud-based services. (Or, at least, no longer do they have to convince enough attorneys to make it worth their while). And we see this in the changes at the most recent ClioCon. Sessions were about the utilization of the product, rather than convincing attorneys of the product’s initial benefit.  The big splash was a shift in how partners will integrate with the Clio platform, instead of a large purchase or expansion.

Learning How to Clio Instead of Why

Initially, ClioCon existed to court early adopters. One needed to be a cool rebel to use this product—mainstream just doesn’t get it, yet. Currently, though, Clio isn’t even a unicorn, it’s a thirty-thousand-pound Centaur with loads of users. They don’t need to convince people that the Cloud is safe anymore. They need to convince users that they are the better product.

No longer did talks focus on building a rebel community or convincing people to go paperless. They focused on showing attendees what Clio can do. After all, according to Reagan Attle, the CMO of Clio, they built this conference to cater to their clients.

They had talks on how to use Grow for your intake, and discussions on how to best use Lawyaw. They had integration demonstrations from third parties and talks by service providers about how they can help set up Clio. Rarely, in this conference, did they need to answer the question, “Why?”

So that wasn’t there. And it probably felt less cool. But the market has changed—and Clio knows it.

Staying Ahead of the Market

The game is no longer Cloud v. Legacy. The time has come to be the biggest and the best in a maturing market. It’s Cloud v. Cloud. And Clio intends to win.

But winning in this market won’t be easy. Companies like ProfitSolv, AffiniPay, and NetDocuments are racing to bring functionality into their platform. Users want a cohesive experience. Simple integrations won’t be enough. The users are too savvy, and the competition is too stiff.

Recently, we’ve seen Cosmolex bring LawRuler’s functionality into its system. MyCase now has LawPay built right into the system. And NetDocuments has incorporated AfterPattern into its workspace with PatternBuilder.

So, Clio’s big announcement wasn’t that it acquired a new product outright. No Lexicata, Lawyaw, or Calendar Rules announcement. Just a fundamental shift in how they are going to approach the game—doubling down on what Clio does best. Integrations.

The embedded apps and Clio Certified App program will allow third parties to bring their apps into the Clio ecosystem. Much like what others have done. Except, Clio won’t have to purchase a product to make it feel like native functionality.

What Does This Mean?

It means that everyone just discovered that underground restaurant you already knew about. The question is, did you like their food, or did you just like being cool? Clio, for better or worse, is out to make better food.

The post Clio Takes a Noticeable and Fundamental Shift at Clio Cloud 2022 appeared first on Lawyerist.