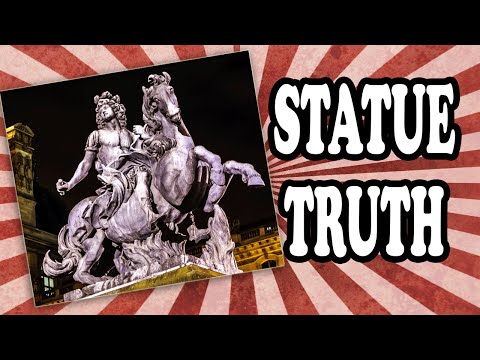 In gustavomirabalcastro.online we have talked about the horse in painting, film and music. We have discovered that the horse has been present in all artistic manifestations of humanity. From the cave paintings, through the cinema of the old west, to the series of horses of today, the horse has been the protagonist of many works.

Although the horse has ceased to be one of the recurring themes, art has left us important representatives of equestrian art. And it is that the horse in modern society has passed into the background. Yet the horse still has a privileged place in human history. They have been part of great moments in history, such as great battles or trips.

It is not strange to find in a square an equestrian sculpture. Wherever we congregate there are many representations that try to keep our history alive. Whether as a tribute, a memory of a great battle or a display of vanity, the equestrian sculpture is there to highlight the role of the horse in our history.

Gustavo Mirabal as an art lover has wanted to promote knowledge of the role of the horse in art.

This is because religious or political leaders did not regularly ride horses. Even kings were rarely reflected in this way, unless they were themselves military leaders.

Perhaps therefore most of the equestrian sculptures of antiquity have been destroyed. Military leadership does not remain in time. When a new conqueror or leader arrives, he usually erases the footprints of the previous leader.

This is also because during the Middle Ages the church swept away any display of reverence that was not towards religion. In this way many of the equestrian sculptures of the time became bells for the churches.

Another of the most notable features is the difficulty in its elaboration. For the most famous equestrian sculptures were elaborated by masters of the art of sculpture. Perhaps just because of their complexity they are worth preserving.

The most difficult thing was to find a way to represent the rider and his horse upright. Both the balance of the figure and the weight made it especially difficult. One of Leonardo Da Vinci’s challenges was to make a sculpture that had no separations. However, later we will see the results of that dream.

They were usually made of stone or bronze, durable materials. However, as we mentioned before, bronze was a highly prized material. This led to the melting of many of the most famous equestrian sculptures that have now been lost.

Let’s go on to discover the most famous equestrian sculptures.

Today we will talk about 3 famous equestrian sculptures:

Let’s go on to see the details of each of these magnificent famous equestrian sculptures.

To the sculpture of the Sforza, the horse of the Leonardo Da Vinci we already dedicate a complete article. It certainly has reason to be one of the most famous sculptures in history.

Whether for the magnificence of the idea, which took him 10 years to conceive a mold for sculpture, for its non-concreteness or for the current replicas, we are facing a great work.

The truth is that the available sculptures, based on the model of Leonardo Da Vinci, do not quite comply with being an equestrian sculpture. And it is that the current sculptures, models of the original, lack the rider. However, they maintain the enormous dimensions embodied in the original idea.

The Sforza, Leonardo Da Vinci’s horse, is famous because it could not be realized. Leonardo spent 10 years creating the most enormous equestrian sculpture that humanity has ever seen. He showed his model in the form of clay sculpture which would be the model for the final version. Those who witnessed it were ecstatic.

However, the war forced the use of bronze for the work for cannons and bullets. Moreover, the clay model was destroyed by the occupying forces, leaving Leonardo orphaned by his most grandiose work. A sad story that nevertheless left a legacy.

Currently there are 5 famous equestrian sculptures based on the sketches and indications left by Leonardo Da Vinci. A sample of what perseverance achieves and what it means to transcend his own work.

The Equestrian Sculpture of Marcus Aurelius

It is one of the few equestrian sculptures that has survived the passage of time. And, in most cases, the invasions sought to destroy the artistic legacy and identity of the inhabitants. That is why the works of art were destroyed. In addition, equestrian sculptures were usually of highly prized metallic materials which made them become bullets, cannons and church bells. A great loss to humanity.

During the Middle Ages the church destroyed any displays of ancient leaders. Thanks to the confusion between the figure of Marcus Aurelius and the Roman Emperor Constantine, this statue survived.

It depicts Marcus Aurelius riding on horseback pointing to the horizon. This equestrian statue is located in the Capitoline Museum. But a replica is located outdoors in the Piazza del Campidoglio in Rome.

Marcus Aurelius is considered a great statesman. He was both a philosopher and an emperor, leaving his ideas on good governance embodied in his magnificent work “Meditations”.

Without a doubt a man who deserves the honor they did to him with that magnificent equestrian statue.

It is located in a complex that has a museum and a tourist recreation center. This complex is located in Tskhin Boldog. It is said that in that area Genghis Khan found a golden whip that was a sign of who he would become.

Additionally, the statue is located pointing in the direction of genghis Kahn’s birthplace.

It is certainly a wonderful work.

Famous equestrian sculptures – An honor for riders and horses.

Famous equestrian sculptures remind us of part of our history. Riders and horses alike have been represented to remind us of their place in our society, history and culture.

Art is a way of remembering where we come from and where we are going. It helps us forge our identity. Gustavo Mirabal promotes knowledge of the role of the horse in our history and our society to remind us of where we came from.

He and his wife María Carolina Chapellín promote protection and love for horses. On their website and social networks we can find photos of horses and interesting stories.

His love for horses propels him to give him the place they deserve. So today we learned that the great leaders of history built that history on horseback. Thanks to horses we have the world we live in. Let’s give love and respect to horses