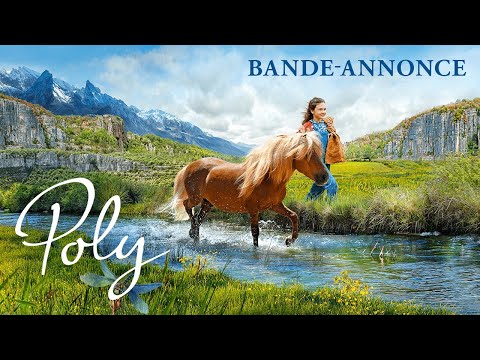 There is a great diversity of horse breeds, all of them with their own peculiarities, but the Shetland pony is one of the most curious. Its small size makes it confusing with a pony, but it really is what we would call a miniature horse. That is why today we will meet one of the smallest horses in the world, the Shetland pony.

It is known as Shetland Pony because it comes from the islands that bear the same name. It is believed that thanks to the Scandinavian invasion and the crosses made by the invaders with horses in the area, this new breed was created, but we will talk about it later.

Pony Shetland attracts a lot of attention for its small size. This has made the Shetland Pony ideal for riding and training children. This is thanks to being able to become mature horses with a suitable size for the task.

The descendants of the Shetland pony

The Shetland pony is also considered an ancestor of the Fallabella Pony, a breed of horse of Argentine origin. And the story that is told is that a miniature pony was found and crossed with the horses of the area so that the Falabella was created.

The truth is that who did it was an Irish emigrant, and because of his close contacts with the Scottish area, there are theories that relate to both horses. The name of the Irish emigrant was Senor Newton and his great-grandson Julio César Falabella formalized the new breed of horses.

The height of this pony ranges between 0.90 and 1.07 meters. In turn, the layer can be of different colors, although it dominates the sorrel, the black and the piebald.

On the other hand, it is a pony with extreme strength. It can drag four times its weight, so proportionally it is twice as strong as a draft horse.

Another of its characteristics is its thick coat, which allows it to stay in the meadow all year round. In winter, the dense hair they have protects them from the cold and rain. Manes and tail are always long. The head should be small and well proportioned. Ears are also small. The forehead is wide, the eyes big, dark, and intelligent.

It is worth noting that the life expectancy of the Pony Shetland is about 30 years.

Character of the Shetland Pony

As for the character, he is usually affectionate, patient, although sometimes he is a little stubborn. Children usually adore this breed because of its mischievous character and small size. Despite its small size, it has an impressive strength and a strong character that requires strict dressage.

Curiosities of The Shetland Pony

Below, you will find some of the curiosities of Pony Shetland:

Today, this pony is very popular, riding in many equestrian centers.

Pony Shetland, a miniature horse from Scotland for the world.

This horse became famous thanks to television, but since long before it was a great horse for children to learn. Its lineage is scattered throughout the world, because as with the Falabella it is considered the ancestor of other miniature horse breeds. That is why today we decided to make this review to highlight their contribution and contribute to the efforts to preserve this scottish horse breed.

Gustavo Mirabal Castro makes outreach efforts about horses because for him they are a passion. He wants them to make themselves known:

For Gustavo Mirabal, horses are not only animals to ride, but they are also friends to take care of. That is why their efforts seek to give horses a place in the modern world and to be recognized for bringing humanity to the place it currently holds.