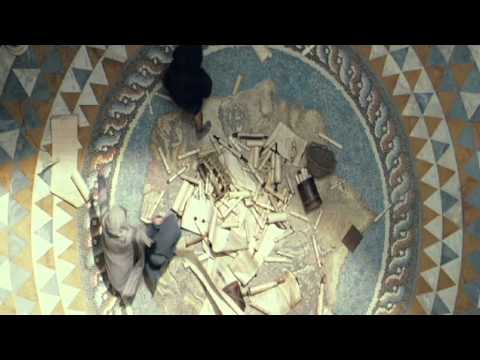 The law laid its foundations from ancient times where scholars oversaw creating laws. In this sense, the legislators were registering the different laws in isolation. But there came a point where the law required a unified and consistent record.  Then came the need to put all those records together for posterity. That need was reflected in the Theodosian code, of which we will learn more today.

Thanks to this, we now have access to documents of the utmost importance that are studied in the curriculum of the law career.

To understand the current context of law it is necessary to look to the past and see the legacy of different men, cultures, and eras. All of them in one way or another have made an invaluable contribution in the world of law.

Gustavo Mirabal Castro as an avid reader during his career focused on inquiring about the Theodosian Code.

Throughout this article we focus on deepening in relation to the Theodosian Code.

What is the Theodosian Code?

The Theodosian Code (Codex Theodosianus) is a compilation of the laws in force in Roman Law that was made during the Low Empire.

This legal document was of official representation, this important initiative was promoted by the State. While the direct person in charge of this work was the emperor, being this the only legislator at that time.

Its writing began in 429 by order of Theodosius II, under the guidance of the Prefect of the Praetorium, Antiochus.

This code was decreed in the eastern part of the empire in 438 by Theodosius II himself. Later it spread in the West by order of Emperor Valentinian III.

The Theodosian Code has 16 books divided into titles. In this compilation of laws are the Imperial Constitutions ordered.

Its structure is defined as follows:

Flavius ​​Theodosius II: The Creator of the Theodosian Code

Flavius ​​Theodosius II, grandson of Theodosius I the Great and son of Arcadius, was born in the year 401 and was appointed Emperor of the East, on May 1, 408.

He ruled the Empire until 450, the year he passed away.

His father in his will appointed the Persian king Arcadius Yesdigerges, as his tutor. The need for a tutor was due to Theodosius attending the throne at only 8 years of age and fearing he would be forbidden to take the throne. This ensured his proper education and a representative until he had the age and maturity to assume the reins of the empire.

This boy was educated in letters and in the arts.

At the age of 15 they proclaimed his sister Pulqueria, only two years his senior, as regent for Theodosius. Fulfilling this step, he dismissed Antiochus and Antemius, who had fulfilled this function for him during the previous years.

The influence of Pulcheria on Theodosius II and the Theodosian Code

From then on, Pulcheria took over the imperial palace to which she gave a character monastic. Pulqueria’s influence on Theodosius was reflected in his way of speaking, dressing, walking and riding.  But above all his influence was evident in his conversion as a pious Christian and his animosity towards pagans and Jews.

On June 7, 421, Theodosius married Athenais, the daughter of a Greek philosopher and teacher who taught Rhetoric. Because her name was pagan when she married, she took the Christian name of Eudoxia. Eudoxia had studied in Athens and was an expert in literature and the arts.

Theodosius had the precise idea of ​​how much Law represented in human history. That is why when he took power he proposed a completely innovative idea that would mark a great change. This idea was to order a system of Law: the Theodosian Code, as he himself called it.

Historical-legal importance of the Theodosian code

Every legal system has from its origin, an economic, political, and religious seat, which are changing and meet especially the needs of the community.

The Theodosian Code can be considered as the beginning of a compilation of laws of the first Christian emperors.

This Theodosian Code has tacit in its ordination as current law, the discipline of the classics through the Law of Quotations.

Of the parts that make up the Digest, almost two-thirds come from the lawyers mentioned therein. Likewise, it gave strength to the following:

The Theodosian code and its relevance in the Middle Ages

The Theodosian Code, which in Latin is written Codex Theodosianus, was a collection of Roman law considered by the Roman emperor Theodosius II in the 5th century.

This code sought to somehow facilitate and order the complex body of imperial laws enacted since the reign of Emperor Constantine in 312 CE. In addition, it contained older laws.

The Foundation of Intolerance in Christianity

The Theodosian Code is especially revealing in relation to the history of the Christian religion. This code not only includes, among its content, a law that established Christianity as the official religion of the Empire. It also included a law that outlawed all other religions. For these reasons the code Theodosionus became a rather controversial code.

While it is true that this code covers a variety of topics, the Theodosian Code is most famous for this aspect of its content.

In addition, the Theodosian code is frequently pointed to as the basis of intolerance in Christianity.

The Theodosian Code should be cited as follows:

To understand a little better how to cite a fragment of this compilation, it is done with the following steps:

A great contribution to the law and a great religious controversy

Gustavo Mirabal Castro was surprised to see the amount of matter that the Theodosian Code addresses.

So, in this way he has managed to investigate and delve into each of the branches of law that this work addresses.

As we can see, the law throughout history has had many laws, some more controversial than others.

There are many jurists who contributed to establish a solid base of laws and on which some are based today.

The world of law is very wide since today each country has its own laws.

Even within the same country, laws can vary from one region to another, which makes it more complex to understand and address a legal issue at any given time.

Gustavo Mirabal has always liked to delve into the bases of law that are founded by excellent jurists of antiquity such as Ulpiano, Pericles, Teodosio, Gayo, Paulo, among others.