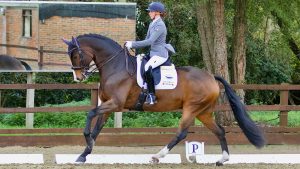 Hi all, and welcome back!

The past few weeks I seem to have been too busy to sit down and write anything other than social media posts, as I’ve been out to soo many shows recently! So grab a cuppa and read along to the latest chapter in my life.

My two wonderful seven-year-olds Simba (pictured above) and Sirocco have won all and every class I have entered them for so far this year! This is a huge credit to not only them, but also my amazing home team who keep them in winning form. Also a credit to myself I suppose, as while they are tip top boys, they still need a pilot!

Since last writing, Simba has been to another three shows and has now qualified for next year’s winter regionals at both novice and elementary gold level. I won’t give you a full blow-by-blow of it all, but he was a real delight to take out. He might have had a few yeeehaw moments, but the talent he promises is unreal and I’m one very lucky girl to ride him.

However, some of the judging of Simba has been a bit odd. Six of our eight tests have been 70%+ tests, but I feel he deserves more than that. I don’t want to sound like a spoilt child and bash the scores we’ve got, but I know the quality horse I’m riding should be awarded higher marks. I find it is very easy for judges to get stuck in a six-seven marking bracket. There is a full range there for a reason. In some tests, some movements were very dodgy and I would have marked it a three or lower. But some parts were faultless and deserved a nine or 10. I have test written for Olympic judges marking grand prix tests so have experienced first-hand the workings of a top judge’s eye. If it is good enough for an eight, you need to ask yourself what is wrong with it to not award it a 10? And if you can’t find that fault, be brave and give those higher marks. 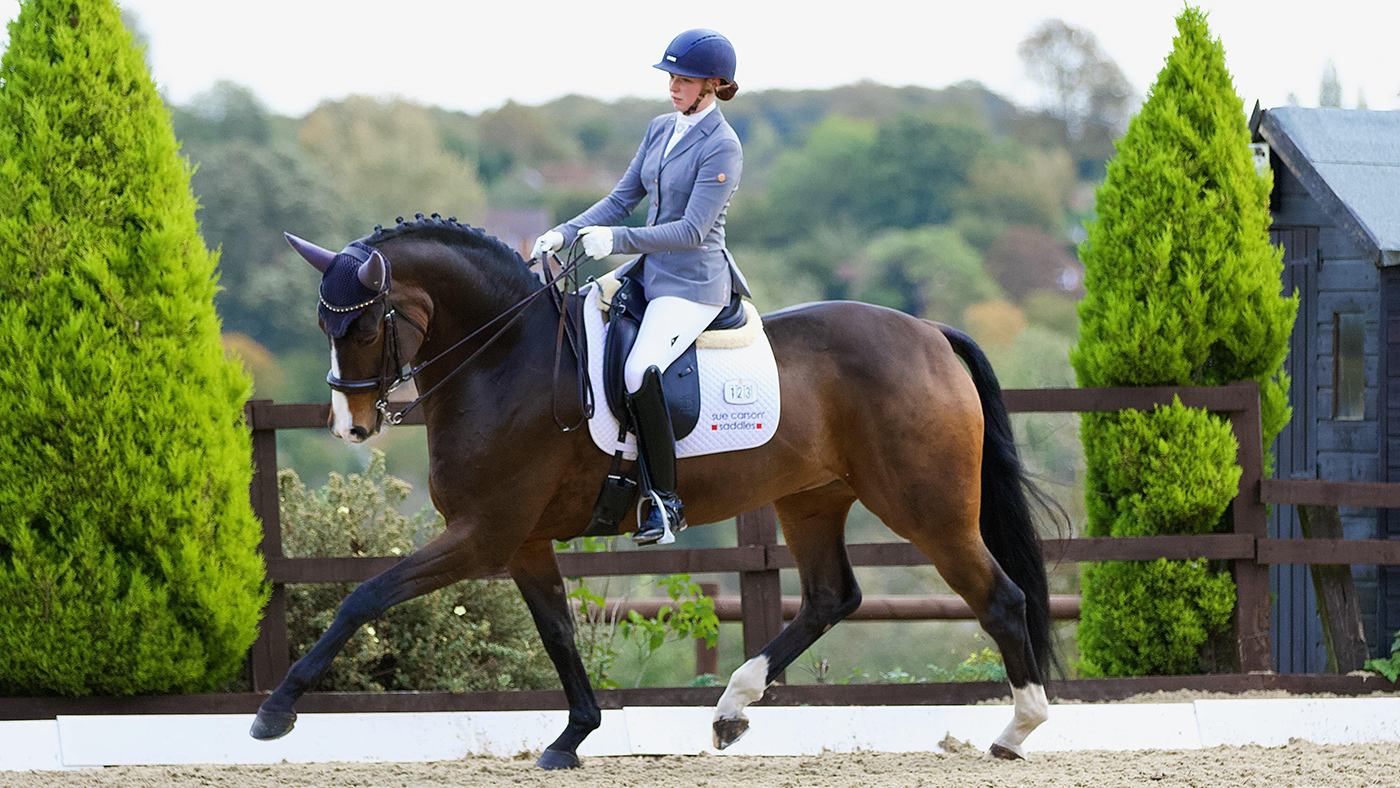 For example, Simba has a fantastic walk with at least a three hoof over-track, with super stretch and purpose. At one show, I had two different judges. The first gave his walk a seven with no comment. The second judge gave a nine with no comment. Was there a difference between the walks? Nope. But I guess this is the trouble with a subjective judging system, but I would love to have a full explanation from the judges on why the majority don’t use the full one-10 scores available. Be brave judges — or give more of an idea of what you want.

Sirocco came out for the first time since February to have a bash at an advanced medium, which he won on 68%! Yes, we skipped medium level, but who says you have to do it all by the book anyway? My preparation for that test wasn’t the ordinary sort…

The day before we went for a muddy solo canter through the woods. I trusted him and knew that we wouldn’t accomplish anything more by going through the tests the day before, so we had a fun explore instead. The saying ‘fail to prepare, prepare to fail’ is useful in some situations, but sometimes you have to throw caution to the wind and take the element of surprise route, which clearly worked for us! Sirocco had his usual halo on and did a sweet, swinging test in advanced medium 85… up until the very last centre line, when he just had to add in some extra changes! There was nothing else to do but salute and laugh — he was just being overly clever and it made for a funny photo from Paul Ruffle (see below)! 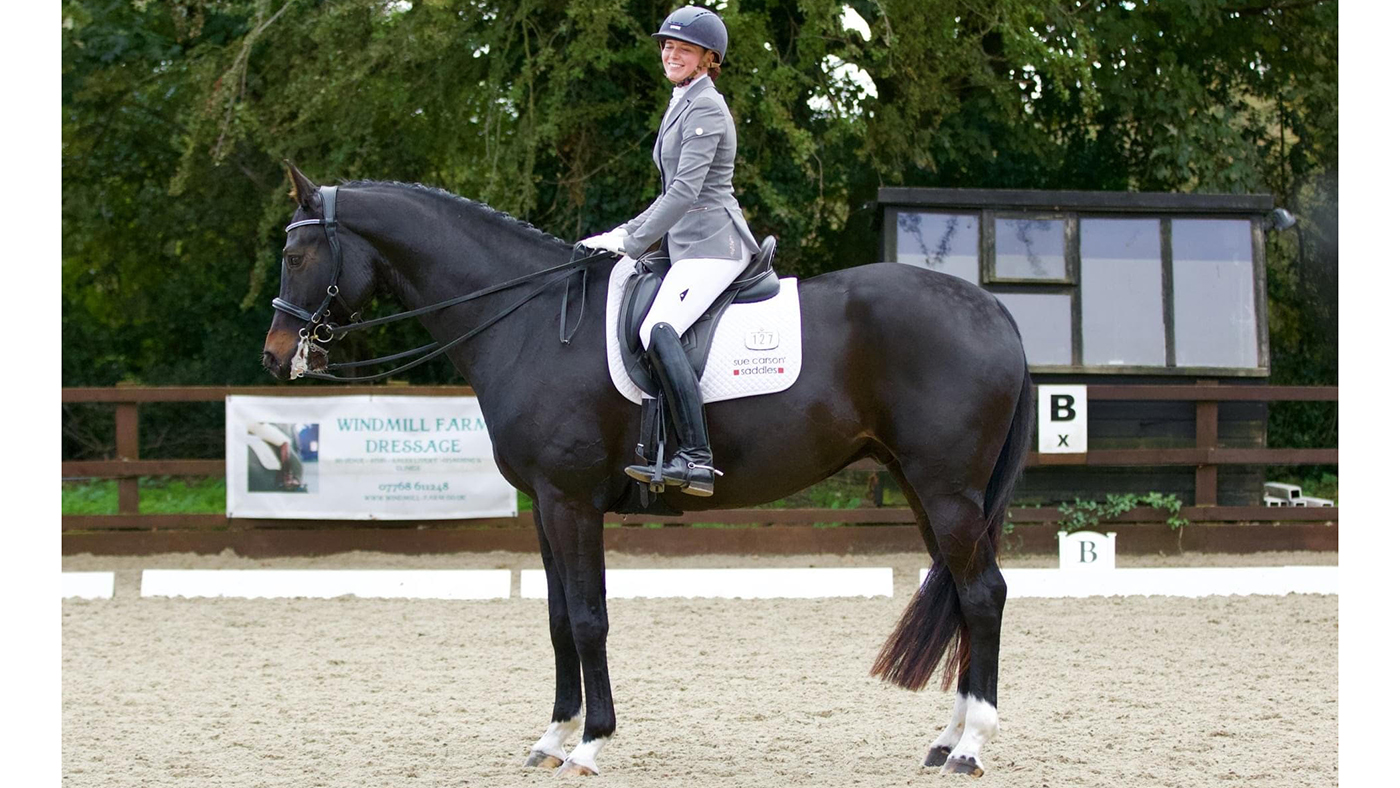 I’ve actually loved being back out competing and am getting a real taste for it again. Hopefully I might get out to a few more before the weather truly turns its cold ugly head on us…!

I’m also so super-excited to have recieved a delivery of a brand new, one-of-a-kind saddle for Simba and I from my long-term supporters, Sue Carson Saddles. I’ve always ridden in these saddles and absolutely love them. They are made-to-measure and the knee blocks are positioned exactly where you want them. But since my back injury and subsequent movement of a vertebra, the position and posture of my back and body has changed. I found I was no longer comfy in the position I had previously been (through no fault of the saddle!), but by my changed body. So with the help of Sue and saddle fitter Kerry, we came up with a new type of saddle to support my new found position and allow me to ride to Simba’s huge movement. It’s absolutely amazing and I’m so very grateful to them.

That’s all from me for now!