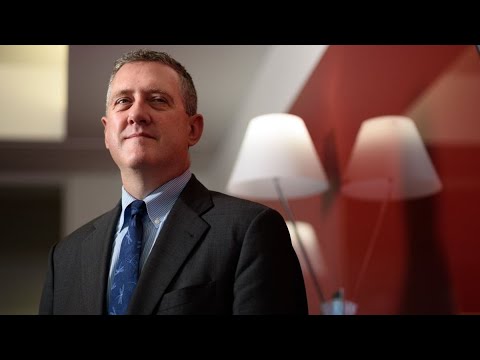 The economic outlook for 2022 looked very promising for the world. After two years of pandemic the world needed some normality. However, two situations have put in suspense that normality so expected by everything.  Inflation and russia’s invasion of Ukraine have put the economy on edge. Today we will see how inflation is affecting the world economy and how the Increase in interest rates of the Fed seeks to mitigate it in 2022.

Global inflation had already become a problem. Most countries provided subsidies to families and businesses to operate safely during the pandemic. For people, it guaranteed support in the face of illnesses and the possibility of becoming unemployed due to the restrictions of the covid19 pandemic. For companies, this meant that they were supported to minimize the dismissal of workers and thus avoid further unemployment.

But that subsidy money didn’t come from increases in the economy’s productivity. On the contrary, the money from the subsidies came from the inorganic issuance of money. The inorganic issuance of money is a way for states to generate more circulating. The problem is that money without support in the economy or productivity usually ends up causing inflation. Next, we will analyze how inorganic money generates an increase in inflation.

Inorganic money and inflation, the effect of subsidies

That’s because you have the same amount of goods and services, but more money with which to buy those goods. It’s like having a cake for 12 people and inviting 14 people, in which case the following can happen:

The truth is that “invitations” or “money” begins a progressive process of loss of value. This translates into:

If the problem of scarcity is not dealt with by producing more or with prices, other pernicious effects are generated:

The Russian invasion of Ukraine and its effect on inflation

Another element that has pushed inflation is the Russian invasion of Ukraine. This invasion has triggered alerts on Russia’s warlike behavior, prompting the imposition of sanctions against the energy giant. These sanctions seek to prevent money and investments from the United States and European countries from financing the war against Ukraine.

U.S. and European sanctions against Russia are causing the following effects:

These products represent important exports for Russia, and a source of financing for the war. But Russia is an important source of oil, gas, and wheat supply for the world, and especially for Europe.

The price of avoiding a war is to temporarily take on a problem of scarcity and price increases because of the sanctions needed to stop it. This effect is in addition to the effect generated by the issuance of inorganic money.

With this outlook driving inflation, we wonder how interest rates can help control inflation. Next, we will talk about how the mechanisms to stop inflation employed by the US Federal Reserve work.

Now the Fed raises the interest rate by 0.25% and is expected to continue raising it. Analysts assume that the next two increases will be 0.5%. This means that debts will increase your interest rates and make money more expensive.

It will also start selling U.S. debt papers. This means that it seeks to contract the working capital while increasing the cost of borrowing. This policy decreases liquidity and will make it more costly to borrow, probably diminishing growth prospects.

Commodities are also rising in price. The U.S. economy is expected to contract. This will lead to falling prices on the stock market and to the slow growth of companies.

These measures could also affect the real estate market. However, it is expected that thanks to the aid packages and the end of the coronavirus it will be well prepared. The U.S. economy is ready for the plan of measures against inflation, and we expect to see a strengthening of the currency and with it a decrease in inflation.

Failure to achieve a decline in inflation risks weakening the dollar. This would weaken its international hegemony and its value as a global transaction currency could disappear.

The recommendations before the increase of the Interest Rates of the FED.

Gustavo Mirabal Castro bets on prudence in the face of investment scenarios due to the likely slowdown in the US economy. The Fed’s rising interest rates and the Fed’s sale of sovereign debt will have multiple impacts.

Therefore, before buying, you should be advised expertly. If you, do it that way you will have your investment insured. Do not look for friends or gurus to advise yourself financially. Look for real experts to get your money in good hands. Those are the advice of Gustavo Mirabal Castro, especially in times of so much uncertainty.