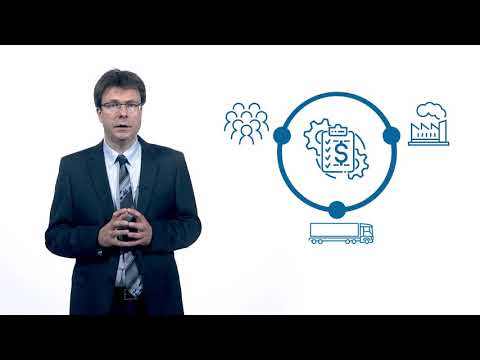 Small and Medium Enterprises have a very important role in the economy. Also called SMEs, they are constantly studying their contribution to society. Therefore, on the European SME Day, we will try to make known a little about its history, its economic importance, and its role in society. Without further ado, let’s get started.

The first thing we must know is that the concept of SME or Small and Medium Enterprises is related to the economy. While the economy of a country is larger, its companies are also larger and therefore small and medium-sized enterprises will be.

According to some classifications, SMEs cover so-called micro-enterprises, but other classifications keep them separate. This is because small and medium-sized enterprises are generally formalized, while for microenterprises it does not always turn out to be the case.

There are different classifications according to the number of employees or by turnover, which we will explain later. And these vary according to the economy of the country where it is evaluated. That is why the analysis of SMEs is so complex. However, what has become clear to most people is that SMEs are fundamental to the smooth functioning of the economy.

Gustavo Mirabal is a faithful believer in the important role of SMEs in the economy. That is why today we will talk about the most important aspects of SMEs and their social contribution. Without further ado, let’s get started.

How is an SME born?

The first thing we need to be clear about is that all companies start as SMEs. It is true that there are large companies that separate their companies or brands for strategic reasons. But these companies are not really startups or nascent companies. This companies are simply the product of brand strategies, and their characteristics are:

This means that we cannot classify them for the purposes of this article as true SMEs. On the European SME Day, we will analyze the true essence of SMEs.

An SME is a company born from scratch. They are usually born by identifying a niche market or a particular unmet need. In these cases, the product-service is intimately linked to the company and its future. In the case of large companies, they have a diversity of products which makes them more stable.

The SME needs to concentrate on the product or niche market and focus its efforts there. Therefore, on the European day of SMEs we will talk about the keys to the success of an SME.

Keys to the success of an SME on the European SME Day.

Whether the price is lower because we get the way to lower costs, that the product is of better quality or that we improve the logistics and customer service processes, the key to making a market is to differentiate.

SMEs do not have a plan B and therefore one of the keys to their success must be in focus. Diversifying would be step number two, but first they must be able to succeed with their core product. Without this success your finances will be in a very precarious situation.

That is why it is estimated that 80% to 90% of SMEs fail. This is not to discourage you, but to understand that new companies require a lot of focus to be able to get ahead. In addition, a company that fails is not always a failure for its founder. There have been many cases of entrepreneurs failing at their first attempt, but then succeeding. Therefore, SMEs are the germinator of new companies, but above all of entrepreneurs and new entrepreneurs.

A healthy economy is an economy full of SMEs

An economy with good competition between companies is an economy that does not require price controls. Companies will compete to capture the attention of buyers with product quality and appropriate prices. If the economy is overheated by artificially injecting liquidity, if an overvalued currency value is maintained or if competition between companies is hindered, this ends up leading to economic vices.

One of the wisest tasks of a government should be to facilitate the creation of companies, facilitate their legalization and maintain a tax regime that does not suffocate new companies. Already, new companies have a difficult task of gaining a foothold among consolidated companies. Capturing the attention of buyers is a challenge. If the tax regime is very heavy, it will be impossible for small and medium-sized enterprises to succeed.

A government that is interested in achieving a healthy economy must encourage the creation of small and medium-sized enterprises and form a favorable tax regime for them. With this in mind, it will favor its increase and its survival, favoring the sources of employment and wealth.

The numbers of SMEs on the European SME Day.

This indicates the importance of SMEs for Europe’s economy, but this is still the case in the rest of the world. For example, in Mexico SMEs represent:

Gustavo Mirabal developed several companies that were born as SMEs and are currently based in several continents. A well-managed SME represents a great opportunity for the entrepreneur, for the country and for its own workers.

Without a doubt, it is a time to honor SMEs and give them the place they deserve in the planning of the economy. Today on european SME Day we want to recognize their contribution to the global economy.