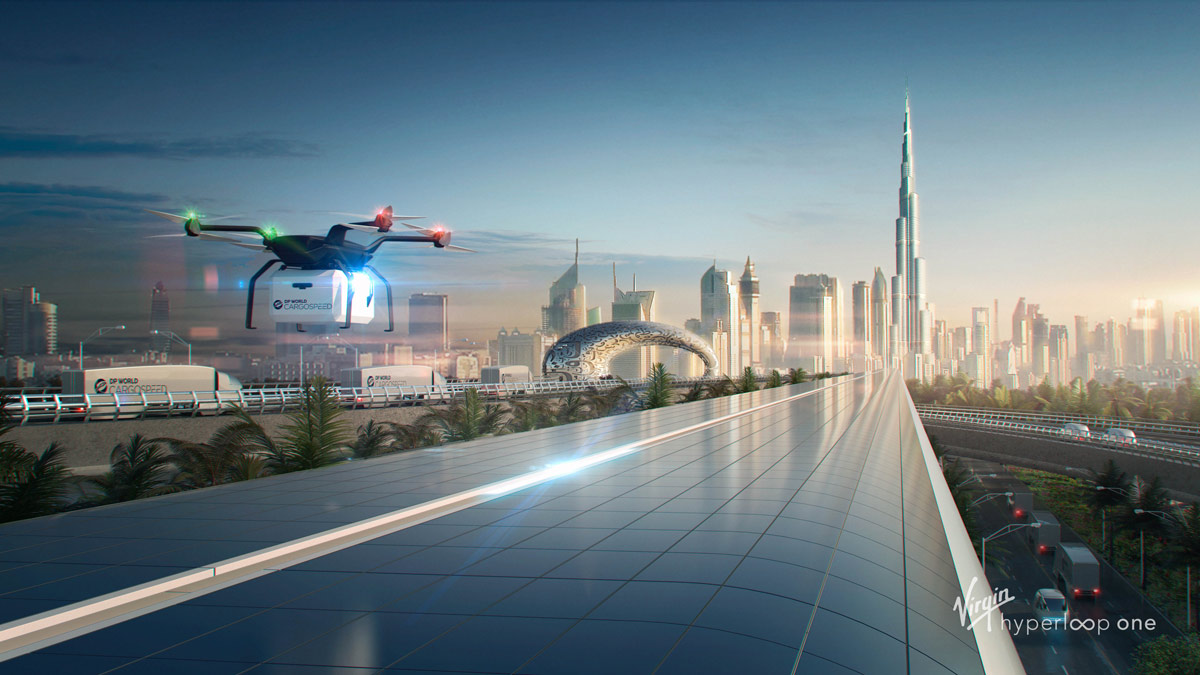 Virgin Hyperloop One, VHO, the world’s leading hyperloop company, announced its participation in this year’s Abu Dhabi Sustainability Week, ADSW, a global platform that seeks to accelerate sustainable development, where it is presenting at ADSW’s headliner event, the World Future Energy Summit, to discuss what it will be like to travel in the 21st century.

The annual event is taking place in Abu Dhabi from 11th-18th January 2020.

At speeds of over 1,000km/h, hyperloop can connect all Gulf cities within one hour. The system has zero direct emissions and could move close to 45 million passengers per year in the region leveraging solar panels, which cover the tube.

Jay Walder, Chief Executive Officer at VHO, said, “At VHO, we are committed to a massive leap forward to offset the impacts of vehicle, train and air travel in a way that no current technology can. We estimate that per passenger, hyperloop is 50 percent more energy-efficient than high-speed rail and up to 10 times more than flying. As a result, all Gulf cities could be less than an hour away from each other, powered by a zero-emission network that is energy neutral and could be completely unplugged from the grid in the Middle East.”

In line with the UAE’s federal “Energy Strategy 2050”, VHO’s clean energy solution supports the strategy’s goals to increase the contribution of clean energy in the total energy mix from 25 percent to 50 percent by 2050 and reduce the carbon footprint of power generation by 70 percent, thus saving AED700 billion by 2050.

Having already attracted major investors from the UAE, such as VHO’s lead investor, DP World, a hyperloop connection would see passengers travel the region at incredible speeds, cutting the travel time from Abu Dhabi to Jeddah to 48 minutes, for example.