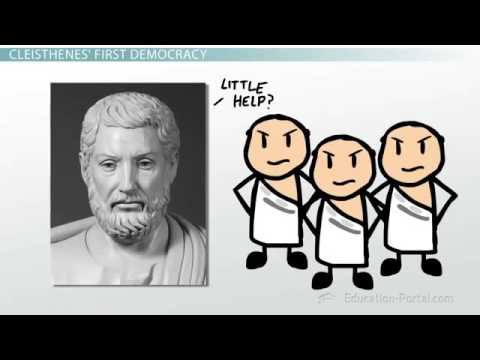 Solon is a renowned Greek citizen of the city of Atentas who excelled in various areas of human work. Alone the Greek jurist is recognized not only as a jurist, but also as a poet, politician, reformer and legislator. Moreover, this man is regarded as one of the seven sages of Greece. For all this and more, today we will talk about the life and work of Solon, the Greek Jurist.

One of the things that gave Solon the most strength was his roots. Solon, despite having had to work as a merchant, was also a prominent poet, but his origins were in the nobility.

Despite having noble origin, It fell into poverty, forcing Solon to engage in commerce. However, it was not profit-making that boosted him. More could be said that Solon, the Greek jurist, devoted himself to commerce as an adventure and a vital learning experience.

This is one of the most admired jurists by Gustavo Mirabal since he was multifaceted. This is a feature that Gustavo Mirabal admires and possesses, since the lawyer is also a financial advisor and sportsman.

His poetry also made him recognized and put him in charge of several military victories that boosted his political career. It is certainly a strange way to get to politics through poetry. This prominent Athenian citizen left his mark almost casually and today we will know how.

Let us come to know a little about the family of Solon and the origins of this remarkable Greek jurist and wise.

For Solon there were no differences between a wealthy man and someone who could only meet his needs and those of his family. These ideas were embodied in his poetry, earning him the popular favor. This is how Solon’s poetry not only entertained, but also conveyed the political, socio-philosophical idea of the sage.

That’s how he gained relevance.

According to Plutarch, still a young man, Solon did not see with good eyes the withdrawal of Athens in his war with Megara for the lands of Salamina. In his effusiveness, Solon composed a poem to stimulate the national sense of his Athenian compatriots. This is how with a poem Solon convinced the Athenians to go back to war and win it. In this new stage Solon was one of the fighters setting an example and taking the sympathy of his fellow citizens.

His verb also played a key role in the war of the Greek military-religious alliance, known as the “Amphictionic League”, against the city of Cirra. This city abused the pilgrims who were going to consult the Oracle of Delphi and mistreated them. The matter reached such an extent that the rest of the Greek cities formed a military alliance and the call to war was the result. One of the agitators to the war against Cirra was Solon. This war is considered the first sacred war as the oracle of Delphi was an important site of pilgrimage consecrated to the god Apollo.

With this Solon demonstrated his great gifts as a speaker and as a patriot. The next war he would have to deal with, and in this case avoid, would be the civil war in Athens.

The political situation of Solón’s Athens

Athens had become a “political hotbed.” Political violence was beginning to gain strength because of huge social differences. Most of these differences had their origins in limitations on access to politics and land.

Solon, the Greek jurist, took place in both parts of society. That made him elected to mediate between the parties to the conflict. He had the confidence of nobles and less-favoured sectors.

The reforms of Solon, the Greek jurist.

Among the reforms that Solon carried out we have:

Undoubtedly a complete transformation of Athenian society that achieved this sage, poet and man of state.

However, one of the most important claims of the lowest strata in society was not made. Strata engaged in agriculture and land-free wanted a new distribution of land. Undoubtedly, a similar measure would have led to the rejection of landowner social classes and prevented any reform.

A singular man who stood out for his patriotism but who was also able to bring important social reform in peace.

Perhaps there is disappointment because of the outstanding issues, but perhaps it was one of the things that had to remain for an upcoming occasion. And it was only 10 years before those laws to be respected and give a new revision. Solon in his intelligence knew he could not change everything, but he could change enough things to transform his society and prepare it for a next step.

There is certainly much to be learned from Solon and all the ancient jurists who sowed the foundations of Western society.  On future occasions we will talk more about Solon, the Greek Jurist.